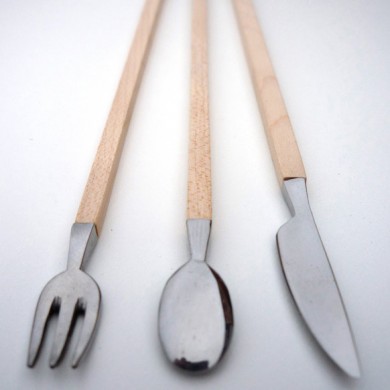 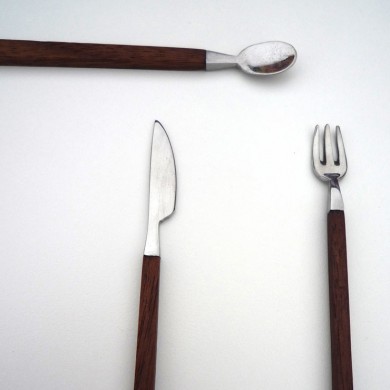 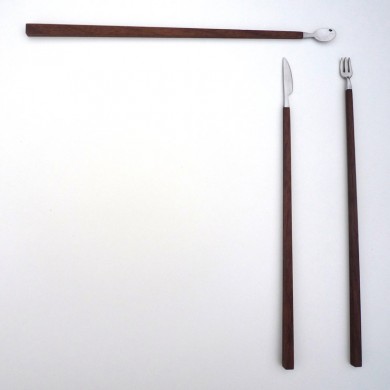 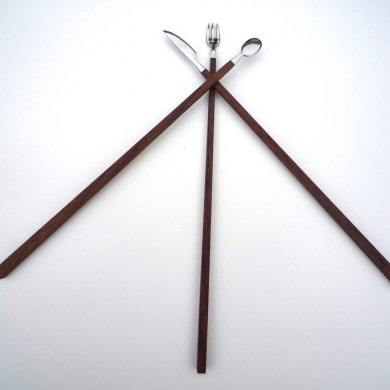 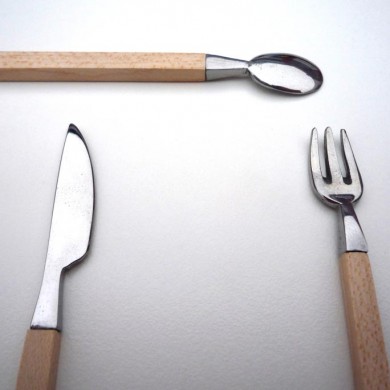 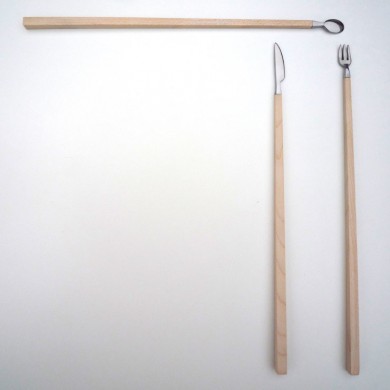 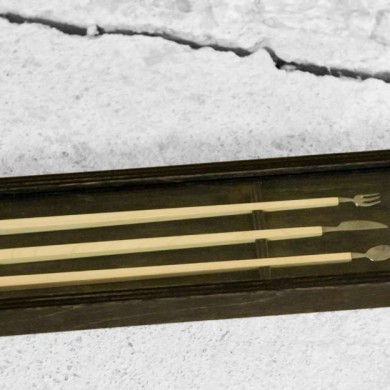 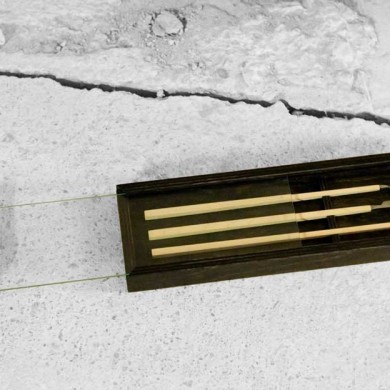 While having sushi in Amsterdam after my first visit to the Droog store, I asked myself (not for the first time) why can’t the pieces be half the size, bite size. I wanted a knife and fork. Then a smile came to my face as I imagined a little knife and fork on the ends of the chopsticks. As I worked further with the idea, it also appeared to be something that might bridge the gap in eating customs, making it easier for westerners to identify with chopsticks. But mostly it was just fun.