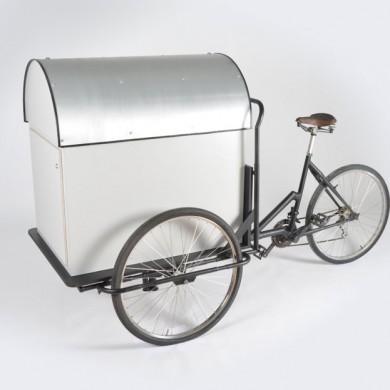 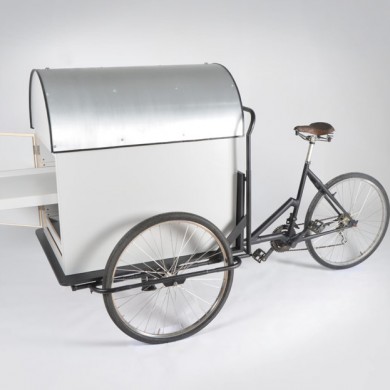 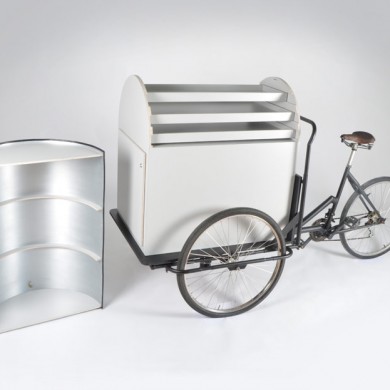 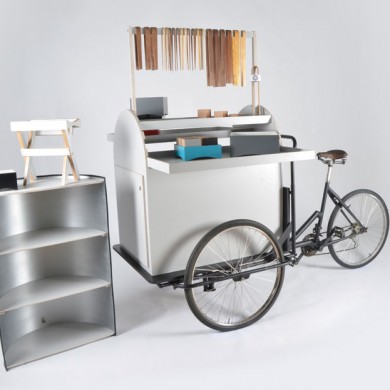 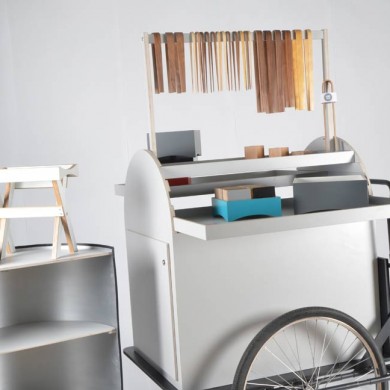 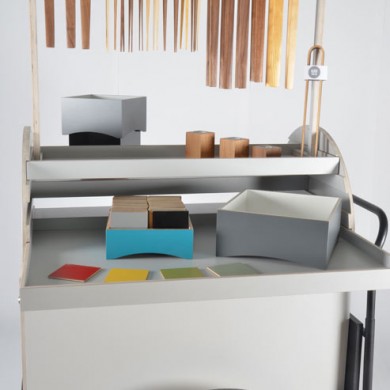 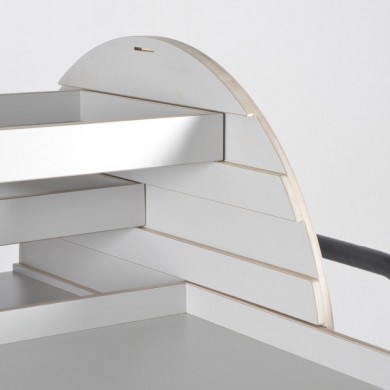 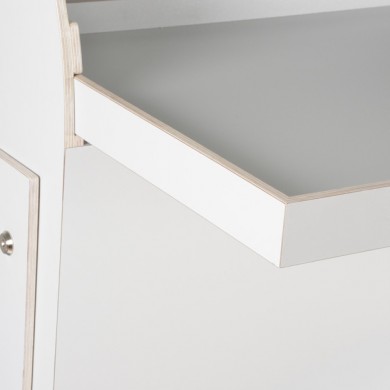 Market bike is a mobile market stall that is designed for the urban market seller.
The idea is inspired by the tuk-tuk’s of South East Asia, where the variety of function, construction and load bearing abilities is incredible.
The retail point is designed for use in busy city environments; it combines the versatility of the best form of urban transport, the bike, with a multifunctional cargo compartment.
The ‘shop’ is suitable for a wide variety of products, from cheese to handcrafts and is ideal for the environmentally conscious retailer as it gives one piece of mind.
The bike is also suitable for indoor events, where you can just cycle in and set up shop.
The superiority of the bike in the city is indisputable, and as more bike lanes are added to the system it is becoming an option for more of the population.

The martin horgan products in some of the images include Wu Tong, 2 Face Trays, 2 Face Bowls and 2 Face Coasters.