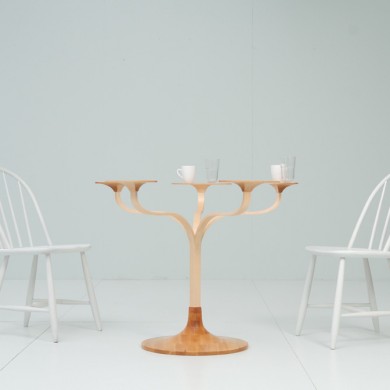 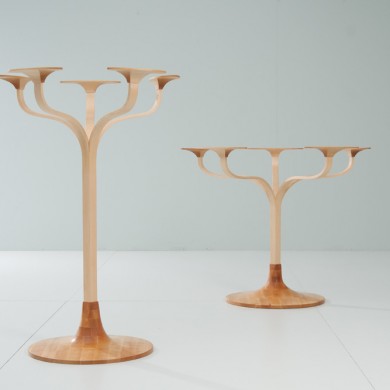 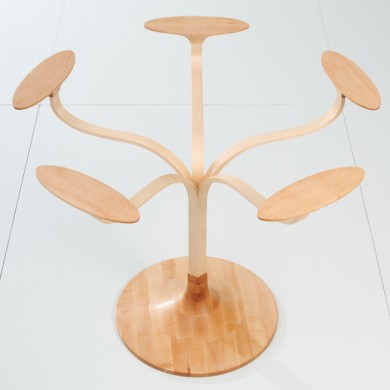 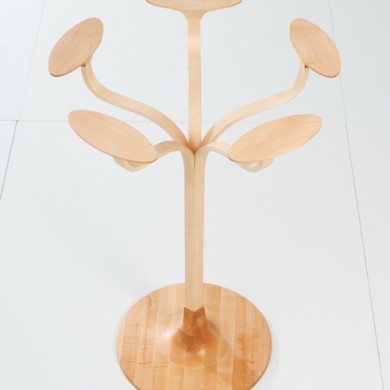 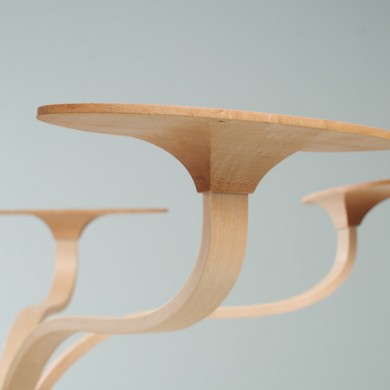 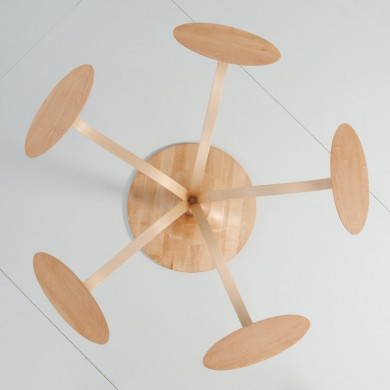 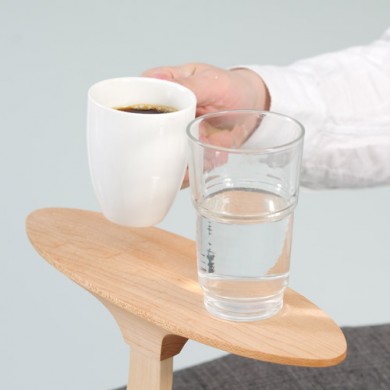 Coffee Ceremony; its all in the moment.

With this project I wanted to create a new cafe experience, one in which we take the time to enjoy the coffee and conversation. Something that seems to be missing in our modern fast paced life style, where franchise coffee is available on every street corner. I also wanted to remove the laptop and phone from the experience. I chose to make a table that will seat five people, as most parties seem to be two’s and fours, leaving an extra place for someone to join the party. I wanted to work with an organic growing form and by removing most of the top; I left just enough space for a cup of coffee and a glass of water. This also creates a very intimate feeling. as you are totally exposed to your friends.